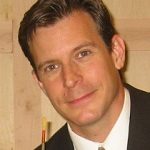 Stewart was appointed as President in April, 2016 and then elected to serve in 2018. Stewart worked the previous 5 years as the Secretary-Treasurer and was formerly a two term Executive Board member. In addition to his work with the Local, Stewart is an oboist and English hornist with the Dallas Opera Orchestra, and a busy freelance performer. He has also served as the adjunct oboe professor at Texas Christian University. 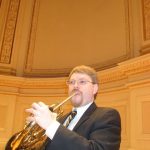 Aaron was appointed Secretary-Treasurer in April, 2016 to serve out the remainder of Stewart Williams’ term after he was appointed President. He had previously served the local as the Assistant to the Secretary-Treasurer since June 2015, and as an Executive Board member since 2013. Aaron is also a horn player in the Fort Worth Symphony Orchestra. He holds a B.M. from Southern Methodist University and an M.M. from the San Francisco Conservatory, and has been very active in the free-lance scenes of both the San Francisco Bay Area and here in the Metroplex. 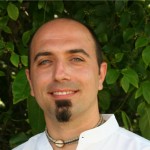 Dana was appointed to succeed longtime AFM Administrator Mike Kennedy in June 2015. Dana is an accomplished musician, composer and studio performer/producer who has been performing professionally in Dallas/Fort Worth and abroad for many years. In 1998 he earned his Bachelors Degree in Music from the University of North Texas – where he earned spots in the Gamelan Ensemble, the Zebras, and the internationally recognized One O’clock Lab Band – and completed his Masters of Music Education from UTA in 2006. He has led, recorded with, and toured with bands playing jazz, latin-jazz, pop, R&B, fusion, reggae, salsa, classic rock, world and more. He has been blessed enough to perform with greats such as the P-Funk All-Stars, Joe Lovano(w/ the One O’Clock Lab Band), Dizzy Gillespie, Joe Locke, Clint Strong, Marchel Ivery and many more. Dana is also experienced in the studio, having recorded and produced several sessions and full-length albums. His most recent recordings are American Bedouin Band – “Peasant Company” and sister project Electric Bedouin – “Electric Bedouin” featuring the electric vibraphone.

Christy Price, a New Orleans native who worked at the New Orleans Local 174-496 for seven years, started with us in April, 2004. Christy received her Bachelor of Science Degree in Information Technology from the American Public University. Usually, hers is the first voice you hear when you call the office. Christy is responsible for the organization and coordination of office operations, procedures and resources to facilitate organizational effectiveness and efficiency.